You are here:
Beirut Blast Reports 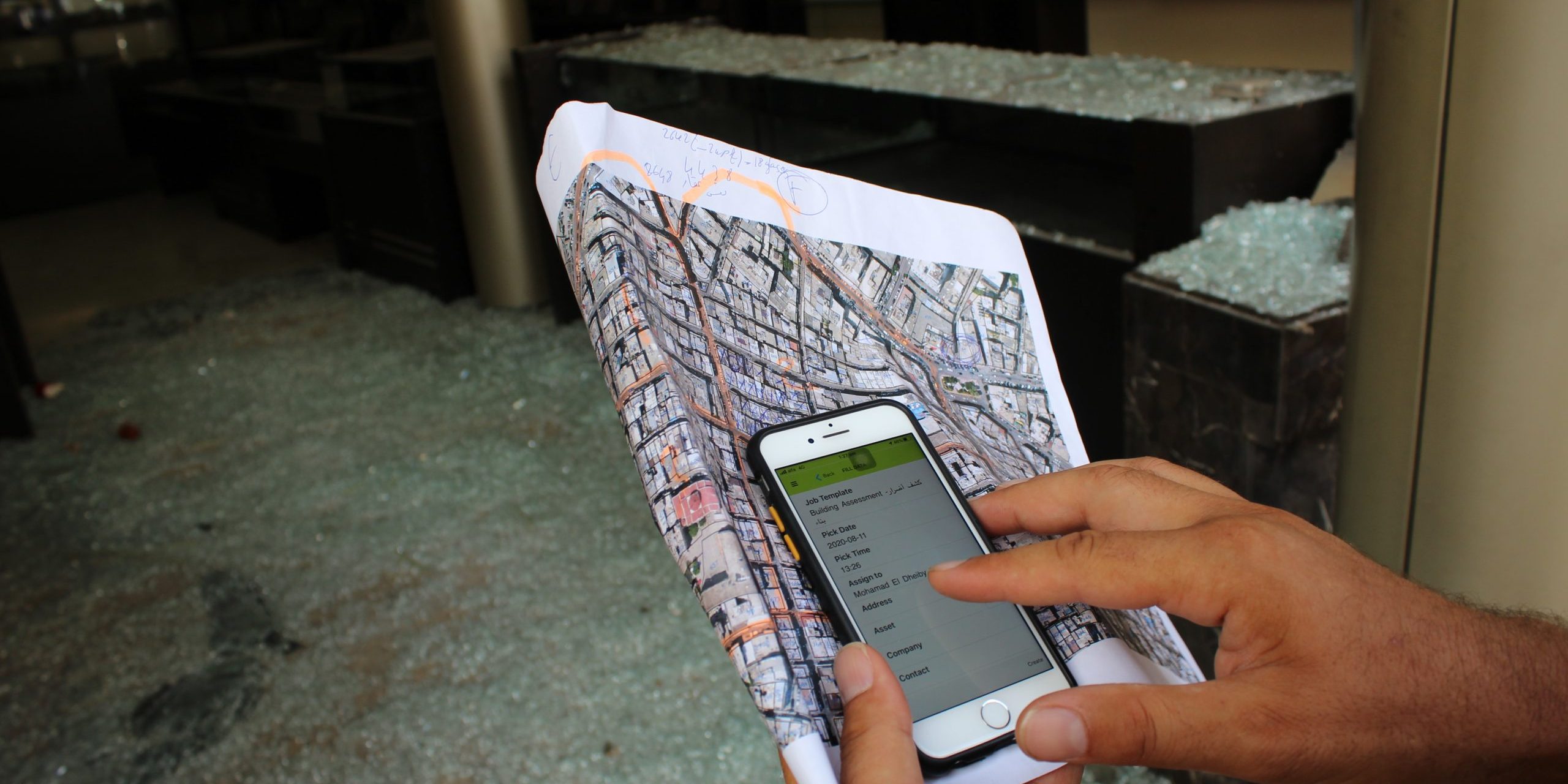 The Port of Beirut explosions of 4th August 2020, situated within the boundaries of the Municipality of Beirut (MoB), resulted in a devastating loss of life, injury, and the destruction of vast tracts of urban fabric within the municipality and beyond.
One of several initiatives undertaken in response by the MoB and the Governor of Beirut1 was a rapid visual survey at the building level.

The survey covered all building types within a 2km radius of the blast, to gain an understanding of the extent of damage and particularly structural impacts, immediately identifying buildings or building elements at risk of collapse and in need of evacuation whilst also providing evidence for formulating early recovery measures.

This report describes the method and early results of an ongoing survey initiated by the MoB and conducted through a collaboration between the engineering department within MoB and UN-Habitat Lebanon in its ongoing role of support to local authorities. Data was gathered via field surveyors from several volunteering engineering consultancy firms from immediately after the blast until 11 September 2020. This report will be
updated with data from the remainder of the survey in due course.