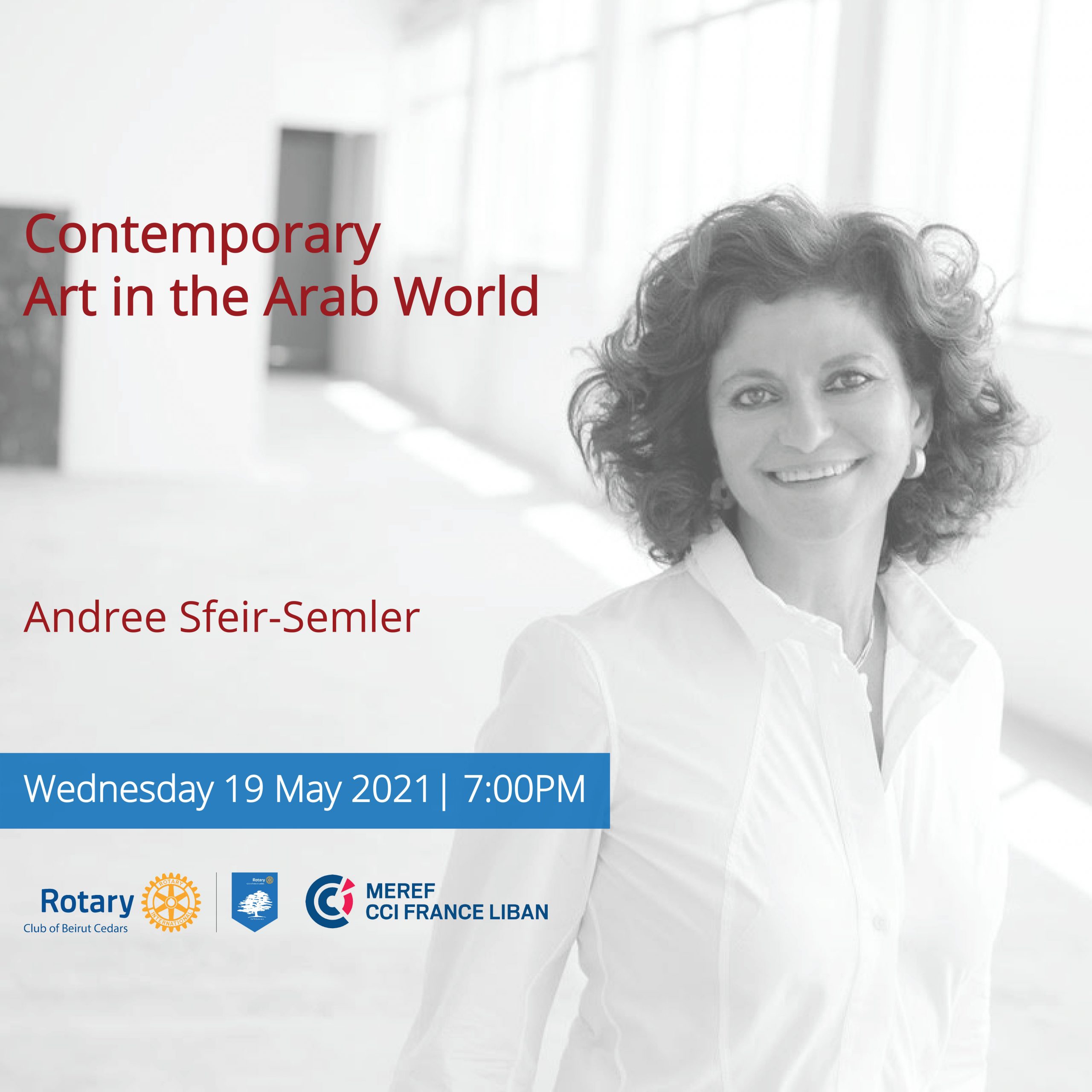 We are proud to announce that Dr. Andree Sfeir-Semler will be its guest speaker, for a very interesting session about”Contemporary Art in the Arab World”.

Andrée Sfeir-Semler (born in Beirut, Lebanon) is an art historian and gallery owner with spaces in Hamburg, Germany and Beirut, Lebanon. She earned her PhD in 1980 under the tutelage of Pierre Bourdieu. In 1985, she opened her first gallery in Kiel, Germany, and then moved to the current Hamburg space in 1998. Twenty years later, she opened a second space in 2005 in Beirut, transforming a defunct factory space into the first white cube space in the Middle East.